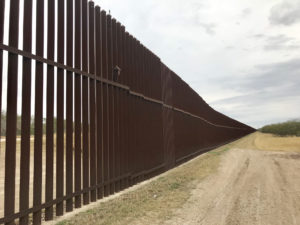 A federal district court in Texas recently struck down the Deferred Action for Childhood Arrivals program – known commonly as DACA – holding that the program was improperly implemented by the former Obama administration and, therefore, is illegal.

Since DACA’s inception in 2012, roughly 800,000 people brought to the United States as undocumented children have taken advantage of the program to avoid deportation and obtain renewable Employment Authorization Documents (EADs) allowing them to work. These DACA recipients – the so-called Dreamers – currently work for thousands of U.S. employers of all sizes in every segment of the economy. It’s estimated that over 70% of the top 25 Fortune 500 companies have Dreamers on their payroll.

In the wake of this latest court ruling, employers across the country are asking what this means if they employ or wish to hire individuals authorized to work under the DACA program. While the ultimate outcome of the case is far from certain, a few things are clear.

So, what did the Texas district court do?

On July 16, 2021, the U.S. District Court for the Southern District of Texas handed down a decision in State of Texas v. The United States of America that places the entire DACA program in peril and raises serious concerns about what’s to come. Essentially, the court declared that DACA is illegal because its initial rollout in 2012 did not comply with the Administrative Procedure Act (APA), which mandates that federal agencies follow certain processes in implementing new regulatory policies. The court vacated the June 15, 2012, memorandum that created DACA and issued a permanent injunction prohibiting the government’s continued administration of the DACA program.

Fortunately, however – and this is key for the short term – the court temporarily stayed its permanent injunction with regard to individuals who held DACA status as of the date of the July 16, 2021, ruling and for individuals requesting DACA relief on a renewal basis. Thus, at least for now, USCIS may continue to process renewal applications, including applications to renew DACA EADs.

But what about the U.S. Supreme Court’s 2020 decision?

Good question. In that case, Department of Homeland Security v. Regents of the University of California, the U.S. Supreme Court held that the Trump administration’s effort to terminate the DACA program was unlawful. While that decision allowed DACA to survive, at least temporarily, it did not directly address the specific question the Texas district court addressed: Was the DACA program issued properly in the first place? Here, the Texas court said “no.”

What does the Texas federal court’s stay mean?

Recognizing the detrimental impact that its permanent injunction would have if that injunction were to go fully into effect immediately, the Texas district court stayed its injunction with respect to individuals already holding DACA status on July 16, 2021, and for individuals filing DACA renewal applications. Those renewal applications include requests from current DACA holders, as well as from individuals whose DACA grant expired less than a year earlier. The stay should secure the DACA status of those individuals while the case winds its way through the inevitable appeals process.

The court’s stay, however, does not apply to initial DACA applications – those from persons who have not previously been accorded DACA status. Thus, as of now, USCIS cannot process any initial DACA applications, including those that are currently pending as well as any future filings. The initial applications that can’t be processed also include DACA requests from individuals who were previously granted DACA but failed to request a renewal within one year of the expiration.

What has USCIS said?

In light of the Texas federal court’s recent ruling, USCIS has published a list of FAQs to address how it will administer the DACA program going forward. Those FAQs cover several key points that employers should understand:

The Biden administration has made clear that it intends to appeal the Texas district court decision. However, any effort to overturn that decision will take time, and the ultimate outcome is uncertain. In addition, many immigration advocates, business leaders, and members of Congress are using the decision to press more urgently for legislative immigration reform to give the Dreamers more permanent protection. Unfortunately, given the politically divisive nature of all things immigration, it’s impossible to predict how that’s going to turn out.

Stay tuned. The DACA roller coaster may have hit another bump, but the ride’s definitely not over.