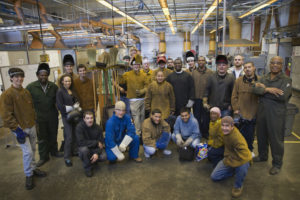 President Biden issued his executive order on “Worker Organizing and Empowerment” on April 26, 2021. In it, he stated that “it is the policy of my Administration to encourage worker organizing and collective bargaining.” In the EO, President Biden noted that while the National Labor Relations Act states that it is the policy of the United States to encourage organizing and bargaining, the federal government has not used its full authority to promote this policy. Noting the steady decline in union density in the United States, the president stated that the failure to modernize labor relations laws have made worker organization efforts “exceedingly difficult.”

President Biden thus has created a national task force with Vice President Harris as the chair. More than 20 other federal agency representatives will serve on task force. The task force’s charge is to identify policies, practices, and programs to promote worker power, worker organizing, and collective bargaining, especially in the areas of the country with “hostile labor laws” and for “marginalized workers,” including women and persons of color. President Biden would like to see specific efforts directed toward hard-to-organize industries. The task force is charged to make a report to the president in 180 days of the EO.

While this EO seems very preliminary and broad, it no doubt is a sign of things to come. We would not be surprised to see further executive orders, certainly continued change in enforcement policies within the NLRB, and perhaps proposed amendments to the NLRA itself. Recall that the Protecting the Right to Organize (PRO) Act was proposed in 2019, a bill still supported by the president. We will continue to monitor developments and post.