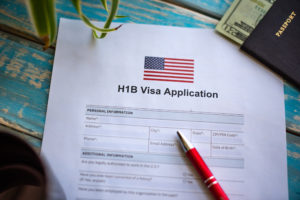 President Trump recently issued two proclamations suspending the entry of many immigrants and other foreign nationals into the United States. These proclamations have caused considerable frustration and uncertainty for thousands of U.S. companies that rely on foreign workers to keep their businesses running. If these proclamations stay in effect, they will block an estimated half million plus people from entering the United States and prevent approximately 20,000 employers from bringing needed workers to the U.S.

Business and immigration groups have decried the rationale for this latest immigration ban – to protect employment opportunities for American workers – and argue that the ban will actually harm a U.S. economy already crippled by the COVID-19 pandemic. Several legal challenges have already been lodged, which seek to have the restrictions struck down.

So, what exactly do the proclamations do?

The initial proclamation, which went into effect on April 23, 2020, suspended the entry of those foreign nationals seeking to enter the U.S. as immigrants who (1) were outside the U.S. on the April 23 effective date, (2) did not have a valid immigrant visa on that date, and (3) did not have an official travel document other than a visa – such as an advance parole document – permitting travel to the U.S. to seek entry. This entry ban (originally set to expire on June 22) exempted several specific categories of immigrants, including:

This proclamation immediately put immigrants all over the globe, including many in line for employment-based visas, in a holding pattern and barred them from obtaining the visas needed to come to the United States. It also hurt many employers who depend on immigrant workers to fill jobs in fields where there’s a shortage of American labor.

Unfortunately, this immigrant entry ban was only the first shoe to drop.

On June 22, 2020, President Trump issued a second proclamation banning thousands of additional foreign workers from entering the U.S. First, this proclamation extends the immigrant ban in the first proclamation through December 31, 2020. Second, it implements new restrictions suspending work visas for nonimmigrants (and their derivative family members) in the following classifications:

This nonimmigrant ban went into effect on June 24, 2020, and is also set to expire on December 31, 2020.  However, there is ominous language in the proclamation suggesting that both entry bans could be extended even longer.

This second ban, similar to the first, applies to those foreign nationals who were outside the U.S. on the June 24 effective date and, as of that date, did not have either a visa in one of the affected nonimmigrant classifications (H-1B, H-2B, J-1, L-1) or a travel document other than a visa permitting travel to the U.S. This ban also includes several exemptions, including spouses of U.S. citizens, individuals seeking entry to provide temporary labor essential to the U.S. food supply chain, and individuals whose entry would be in the “national interest.”

One important question is who qualifies for the “national interest” exemption? Both proclamations order the DHS and the Department of State to establish procedures implementing the proclamations. They also give consular officers broad discretionary authority to determine whether an individual visa applicant meets one of the specific exemptions. The second proclamation further directs the DHS, the Department of State, and the Department of Labor to establish standards to determine which individuals, within several broad categories, are covered by the “national interest” exemption. These categories include those who: (1) are critical to the defense, law enforcement, diplomacy, or national security of the U.S.; (2) are involved with providing medical care to individuals who have contracted COVID-19 and are currently hospitalized; (3) are involved in medical research to combat COVID-19; or (4) are necessary to facilitate the economic recovery of the U.S.

Last week, the Department of State published some additional guidance on this “national interest” issue. While this guidance is somewhat general, it does shed some light on what consular officers might look for in certain specific cases. For instance, it states that the “national interest” exemption may apply to those healthcare professionals seeking to come to the U.S. on an H-1B or L-1 visa to alleviate the effects of the COVID-19 pandemic, even if those effects are secondary to the pandemic. Thus, the exemption should cover healthcare workers in fields not directly related to COVID-19, but which have nonetheless been adversely impacted by the pandemic.

Several legal challenges to the entry bans are already in the works, including lawsuits filed by the American Immigration Lawyers Association and two groups of diversity visa applicants. The business community has also entered the fray. Just last week, a number of industry groups, including the U.S. Chamber of Commerce and the National Association of Manufacturers, filed suit in federal court in California, alleging that the ban on temporary work visas violates the immigration laws, inflicts severe economic harm on American companies, and impedes the U.S.’s ability to compete in the global economy.

At this point, it’s difficult to predict how these legal challenges will play out. But, for businesses that rely on foreign workers to keep their operations staffed, this is a fight worth watching. Stay tuned.