The U.S. Department of Labor (DOL) recently published a Notice of Proposed Rulemaking with changes to regulations regarding tips under the Fair Labor Standards Act (FLSA) and the Consolidated Appropriations Act of 2018 (CAA).

What’s the Federal Law as It Currently Stands? 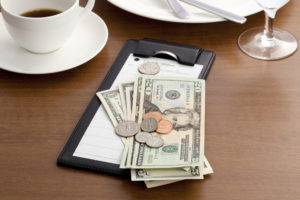 Also, the current regulations have the dual-jobs provision – the 80/20 rule – that provides that when tipped workers spend more than 20% of their shift on non-tipped tasks, employers cannot take a tip credit for the time spent on those duties. So, if your wait staff spends more than 20% of their shift on tasks like rolling silverware, setting tables, refilling condiments or cleaning the dining area, you can’t use the tip credit. While the DOL rescinded the 80/20 rule in a 2018 Opinion Letter, courts around the country have declined to afford deference to the Opinion Letter and the noted change in position. The proposed rule is likely in response to this lack of traction with the courts.

What Is the DOL Proposing to Change?

The proposed regulations would make a number of changes, including:

Though not yet final, the proposed regulations have been well received among employers in the hospitality industry, specifically the National Restaurant Association and the Restaurant Law Center, which has voiced support for and commendation to the DOL for providing clarity on these issues. If adopted the proposed regulations would eliminate the unworkable task of employers having to track the exact breakdown of time spent on tipped tasks vs. non-tip generating tasks, and would allow for more wage equity between the take-home compensation of “front of the house” servers and “back of the house” kitchen workers. The complexity of complying with the 80/20 rule has for many years fostered litigation from the plaintiff’s bar and employees claiming time spent on non-tip generating duties exceeded 20% of their shift. The proposed rule appears to provide welcome guidance and relief to employers across the country.

Employers should make every effort to understand and comply with the FLSA’s tipped employee rules as they currently stand but should also be prepared for changes that may come should the proposed rule become final. You should also consider voicing support for the proposed rule by submitting a comment by December 9, 2019.

If you are a multi-state employer, don’t forget that even if the proposed regulations become final, DOL regulations interpret and provide guidance on the FLSA alone and do not impact state and local laws regarding tip credits. Employers should consult with legal counsel before taking a tip credit and when establishing tip pools to ensure that they comply with all state and federal laws.